Sometimes it takes a 2,700 year old chalice to make peace!

A Chalice toward friendship - for Iran and the U.S.!

According to this CNN report:

Posted by ~ Marty Alan Michelson at 1:36 PM No comments:

A group of people get together to mow unkempt parks so children can play!

~ marty alan michelson, ph.d.
Posted by ~ Marty Alan Michelson at 8:53 AM No comments:

Empower new ecologies for the future. 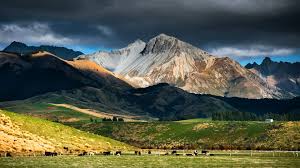 A blog entry by Professor Jennifer Browdy de Hernandez focuses on current news - and the continuing news of our ecological crisis.  A reading worth reflecting upon.


While her particular positions on "Earth" (as godless) may vary from my own - people of no-faith and people of vibrant faith should consider our roles in stewardship that echo her appeal e as she writes:

In other words, our role is to be the storytellers of past, present and future.  Of all the amazing beings on the planet, no one else can fill this particular niche.


It is our privilege and our curse as humans to KNOW so much about what we are doing at any given moment on the planet, and to ceaselessly narrate that knowledge.  Now in the 21st century, aided by the global neural network of the World Wide Web, we have never been more tuned into the on-going global story, but this knowledge often becomes oppressive, since so much of what we are asked to absorb is negative, bad news.
It’s time to rebel–to resist the battering of the bad news, to become producers rather than just passive consumers of knowledge.


We need to start telling new stories.  Empowering, positive stories that light the way towards the human beings we could become, the human civilization we could create, in concert and harmony with the rest of the Earth community.

Image from New Zealand
Posted by ~ Marty Alan Michelson at 11:42 AM No comments:

Iranian President Hassan Rouhani said it was important that countries across the Middle East learn to peacefully coexist. "We are not seeking ... and looking for war with any nations. We are seeking peace and stability among all the nations in the region," Rouhani said.

Posted by ~ Marty Alan Michelson at 8:03 PM No comments:

Peace for Israel and Palestine

An article posted to the New York Times today, critiquing the "Two-State Solution" as "Illusion."

There are many things great about the article.  (1) A recognized and long-term expert in the region offers commentary over decades.  (2) The positions advocated note the complexities involved in any possible future.  And, (3) the author articulates a "third way" compared with what has been espoused and has not worked for decades.


There is NO single easy solution to the conflict in the land.  And yet, reasonable persons can find ways to move forward peaceably recognizing a unified solidarity in shared humanness.

I’ve been trying to make sense of Obama’s aggressive, speech-making and threats which have not been characteristic of his Presidency.

Remember when you were on the elementary school playground and you were the Captain who got to pick who was going to be on your team? And, remember how you felt when the other team got the One star player? You knew that no matter how many other players you chose, you could never balance the equation of the fact that the other team got that One! The rest of your picking of players, and then the future of the game was shaped by who got that One. [NFL/NBA/NHL/MLB drafts continue to operate like this with truly star players. It happens when teams of players connect for Paint-Ball fights or MMORPgaming.]

I wonder if the vitriolic, aggressive ‘trash-talk” of Obama and Putin is really about the fact that Putin got former U.S. NSA employee Edward Snowden on his “team” and that single “draft choice” has set off rivalrous desire and the need to retaliate from Obama’s psyche. Syria might just be the most direct situational factor for two individual men to expose their self-serving rivalry.

Except, these “Captains” possess very real weapons and this is no game and no playground.

~ marty alan michelson, ph.d.
Posted by ~ Marty Alan Michelson at 10:50 AM No comments:

A thoughtful agent of peaceful action in our world is John Franklin Hay. 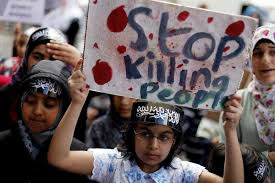 He offers his thoughts on what the President of the United States should say and do now to help with the conflict in Syria.


His words offer deep insight for our consideration on A Better Way than Bombs and Militarism.

Please read his full entry from the link above - though his abbreviated thoughts are shared here:


1. Provide vigorous relief and support to all who are victims of violence . . . .

3. Contemplate deeply the failed and costly military interventions in Afghanistan and Iraq . . . .

5. Demonstrably reduce the role of the Defense Department, the military and militarism across the board . . . .

6. Change the role of the military to a more purely defensive posture . . . . The word “defense” describes what it should be.

7. Develop and consult with an independent panel on creative international nonviolence. . . .

8. Define "national security threat" to include only direct threats. . . .

9. Continue to appeal to and work for common ground with all UN Security Council members. . . .

10. Reset and invigorate all diplomatic efforts . . . to influence a negotiated settlement to their civil conflict.

11. With a delegation of diverse world leaders, personally meet directly with Assad and rebel leadership to appeal for a cessation of conflict and a brokered settlement.

12. Call upon all Middle Eastern nations to work directly with Syria to broker a cessation of conflict and settlement. Respect and encourage intra-regional capacity for settling regional issues.

Posted by ~ Marty Alan Michelson at 3:10 PM No comments: