Several students committed to extend good to others are partnering with other persons from around the State and around the U.S. to encourage Tom Coburn (R-Muskogee, OK) to remove his hold on a Bill in Congress.

If Coburn will remove his hold on the bill - based on current support in the Senate - it will pass and will allow for millions of dollars for humanitarian relief and reconstruction, reconciliation, and transitional justice to aid Uganda.

Support for the measures have grown over a number of years through concentrated awareness campaigns by several agencies regarding the Child Soldiers that are largely kidnapped and forced/drugged into becoming murderers.

Read more about what local Oklahomans are doing right now.

Read more about the Bill.

Read more about a single agency Resolve Uganda or another single agency, Invisible Children, that has been working toward this issue of injustice in our world for years.

And, to the students I have had the privilege to work with - who fall within the broad range of connected Eupan Global Inititiave ideas and inspiration . . . I am very proud of you!

A solid example of long-term political advocacy and political will building in the making - and effecting good for those who need it!

Tonight several from Bethany and NW OKC will join with the Oklahoma University STAND leadership to hear from Tom Van Dyke. Feel free to meet us on the campus of OU - or meet us at the corner of 42nd and College in Bethany to carpool together.

Last Fall in our early advocacy planning we scheduled with the Metropolitan Library System in Oklahoma City toward a 2nd public viewing of the film: Pray the Devil Back to Hell. This will be shown in the Downtown Ronald J. Norick Library on the evening of March 24th.

Mark your calendars and watch for updates.

~ marty alan michelson, ph.d.
Posted by ~ Marty Alan Michelson at 8:46 AM No comments:

I was on the campus of OU (Oklahoma University) this past week and was delighted to see and hear testimony of efforts toward Eupan Global Initiative Goals! (Not because of our efforts, but certainly in harmony with our goals!) 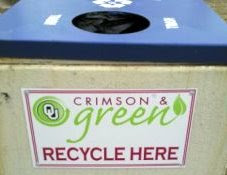 As you will see highlighted in these pictures - they have specific planned goals to connect their crimson colors to green initiatives as fully functioning campus initiatives.

They also provide filtered water next to soda machines to encourage proper hydration. 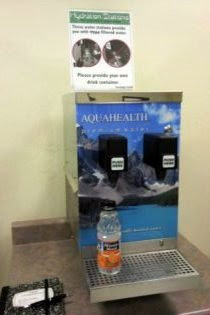 And, they have (among many campus organizations) an active STAND (Student anti-genocide coalition) that has active, informed leaders advocating and educating for the common good!

We who work toward eupan should "cheer" for OU in leading the way for Oklahoma campuses in the unambiguous and clear public advocacy and participation in sustainable practices and human rights initiatives that advance the good for the all!!

I had the wonderful opportunity to meet recently with the leadership of STAND (Student Anti-Genocide Coalition) on the Campus of OU (Oklahoma University.)

If you can be free in less than two weeks - February 23rd - I am certain there will be much you can learn about Burma and the social, political, personal, *human* conflict that has been happening there - and how it connects with issues of genocide.

Tom Van Dyke works with Heroes Serving Humanity and, I trust, will be a great resource for expanding your world view and considering new ways that you might work toward advancing the good for people living in Burma. 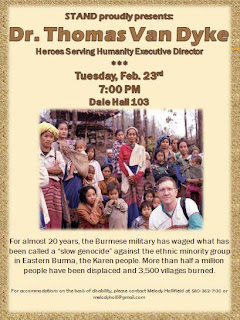 I am not an expert on OU campus dynamics - but if I can access or provide you with more information than what is available here - I certainly will do that!

What a delight to meet Naomi Natale today - a new friend and partner Carl Wilkens Fellow.

This great idea for artists and advocates - an idea that is (I believe) truly inspirational and TRANS-form-ational for participants and viewers, and politicians and the press!

More about her PROJECT that can involve you - at www.onemillionbones.org

Advancing efforts toward eupan will be central to work I hope to achieve this week. This forthcoming weekend I will be working toward advocacy with the Genocide Intervention Network - but I will be traveling a few days "on my own" to build bridges and make connections with others while I am in D.C.

I will be lodging with an active group of advocating Quakers while in D.C.! A former student and trusted friend who works for Sojourners, made me aware of the William Penn House where I will lodge for a few nights - and have opportunity to share in programs and affiliations they offer! I am thrilled.

According to the William Penn House website: "We are a Quaker lodging and program center conveniently located near the US Capitol Building and historic Eastern Market. . . . The William Penn House seeks to promote peace and justice in all that we do so that visitors may become greater peacemakers when they leave our doors."

My lodging this weekend at the Hyatt - is literally within clear sight of (2 blooks) away from the U.S. Capitol Building. It is interesting to think about being that proximate to so many "seats" of "power." 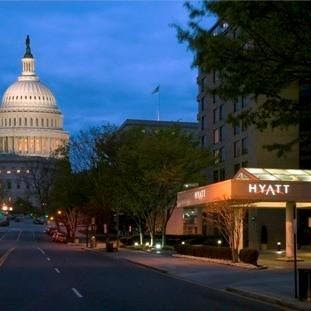 ** According to information provided in a documentary I watched about Washington D.C. earlier this week, I learned that the term "lobbyist" may have emerged when, Ulysses S. Grant would enjoy a cigar in the lobby of his favorite hotel, the Willard. While there, people would come to beseech his favor, so he would refer to them as the "lobbyist." (Upon review, I did learn that the term for lobbying was used prior to Grant's birth - so perhaps the term just became popularized in this way during his presidency.) I will visit The Willard while I am in town for historical perspective while I am there.

Toward eupan with Quaker-Friends, Genocide Advocates, and others that I will be privileged to meet and dialogue with.