Showing posts from February, 2009
Show all

By ~ Marty Alan Michelson February 25, 2009
I am not thrilled about violence. But I am thrilled to take note of an exciting opportunity for me, personally, and for future options for the Eupan Global Initiative . I have been selected to be among other scholars in considering issues of violence and the church. The Seminar I am now making plans to attend (based on the announcement of my selection today!) is part of the Calvin College series of Seminars in Christian Scholarship. The seminar focus includes: “Deliver Us From Evil: Genocide and the Christian World” will explore the role of the church as a social institution, with institutional actors, and how it shapes a culture in which genocidal violence may occur and how it responds to such a culture both during and after the genocidal violence. Over a three week period, participants will critically examine the role of the Christian churches in 20th century genocide and the subsequent consequences for Christian thought and practice in the contemporary world. Embedded throu
Post a Comment
Read more

Which is more violent? 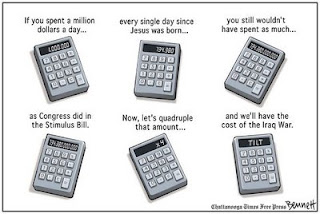 Crucifying Jesus or indebtedness in quantities that are this excessive?
1 comment
Read more

Garden in the East

By ~ Marty Alan Michelson February 21, 2009
In the context of the story of origins narrated in the Bible, it all starts with a garden. One way to frame the story of God, most briefly is that Creator creates creation. The idea of Creation and the quality of that creation - namely, "good" - is a core idea to the foundation of eupan and the Eupan Global Initiative . I have commented briefly elsewhere that one of the first distortions of Creators "good" creation arrives in the violence of Cain. Another interesting feature of the story of origins as found in Genesis (in the Bible), lies in the fact that as distortions in creation began to pervade the story, the story also indicates in subtle ways that persons move further and further "east" of God's garden. (See Genesis 4:16, 11:2, 29:1) It does seem to be the case that the story of creation demonstrates in geography as well as in orientation, that people "move away" from God's garden. To the extent that we can, metaphorically,
Post a Comment
Read more

By ~ Marty Alan Michelson February 14, 2009
Every few months I get the opportunity to teach a class on Biblical and Theological perspectives for understanding human personhood. For me, this means we have to talk about relationships since human personhood is fundamentally relational. I get the opportunity to teach L. Gregory Jones' text entitled Embodying Forgiveness . Jones argues that violence does not have to be our master. He articulates a cruciform way of discerning the world, whereby we understand that God in the person of Jesus offers an example of how to make forgiveness happen. This forgiveness is not cheap or "therapeutic" but "costs" Jesus something, and costs us something too. Perhaps I will have more to say about it later. We need more models and better models of embodied forgivness. We need exemplars of how to overcome the patterns of violence in our world. ~ marty alan michelson, ph.d.
Post a Comment
Read more

1 million, 1 billion - What difference does it make?

By ~ Marty Alan Michelson February 09, 2009
I was reading God Gardened East by Louis Ruprecht the past few days. In the opening chapter he tells a story about an experience he had, meeting with a Philosopher while he was in Athens, Greece. The Greek Philosopher critiqued the American (Louis) for his failure to understand numbers. "The problem with you Americans," he noted with a sad smile, "is that you don't know how to count." Eyebrow arched, and a little defensive, Louis asked him what he meant. "You lack patience," he explained. "You don't take the time to think what numbers mean." The Greek Philosopher went on to note that, in his purview, most Americans do not understand the difference between a million and a billion . Louis would quip to the Greek Philosopher that he did know the difference - "Three more zeroes." The Greek Philosopher failed to laugh. One million seconds, the philosopher patiently explained, is roughly ten days long. Do you know how ma
Post a Comment
Read more

By ~ Marty Alan Michelson February 02, 2009
The other night I was up late reviewing data/facts/statistics on issues of Global Climate Change for some work I'm doing on issues concerning Global Stewardship. I do not know how or where, but I "came across" links to SPIN farming. I spent too many hours perusing the ideas connected to SPIN farming and the persons in various parts of the country that are SPIN-ing. If I could slow down from too many "irons in the fire" in my life right now, I would love to SPIN here close to home. I have this grand vision of students from campus wanting to "dig in" to the efforts - perhaps on land right here around campus. But, then, I remember that they would probably rather eat in the cafeteria. So, what is a SPIN garden, you ask . . . well, SPIN stands for S-mall P-lot IN-tensive. SPIN-Farming is a non-technical, easy-to-learn and inexpensive-to-implement vegetable farming system that makes it possible to earn significant income from land bases under an acre
Post a Comment
Read more
More posts